Odd Voice Out is an independent literary press, publishing YA and crossover stories filled with unique characters thrown into extraordinary circumstances. Our genre-bending books take contemporary social and political themes and explore them through a range of historical, futuristic, surreal and supernatural settings. Our diverse young heroes are never your typical leading guys and girls, but are flawed insecure misfits struggling with everything from racial and sexual identity, to body issues, disabilities, mental health and worst of all, being teenagers growing up in worlds gone mad.

The Player's Craft is on Tour
From August 20th 2021, 'The Player's Craft' is doing the promotional rounds on the book blogs for its month long tour with Silver Dagger. During the first five days, the first novel in the Timony trilogy - The Vagabond Stage - will be free to purchase in ebook from Amazon and Kindle Stores. Followers of the tour can also enter a prize giveaway to win a $25 Amazon voucher. For more details check out the tour kick off post on Silver Dagger's website and for further insight into the inspiration and writing of the Timony saga please watch Kell's author interview below. 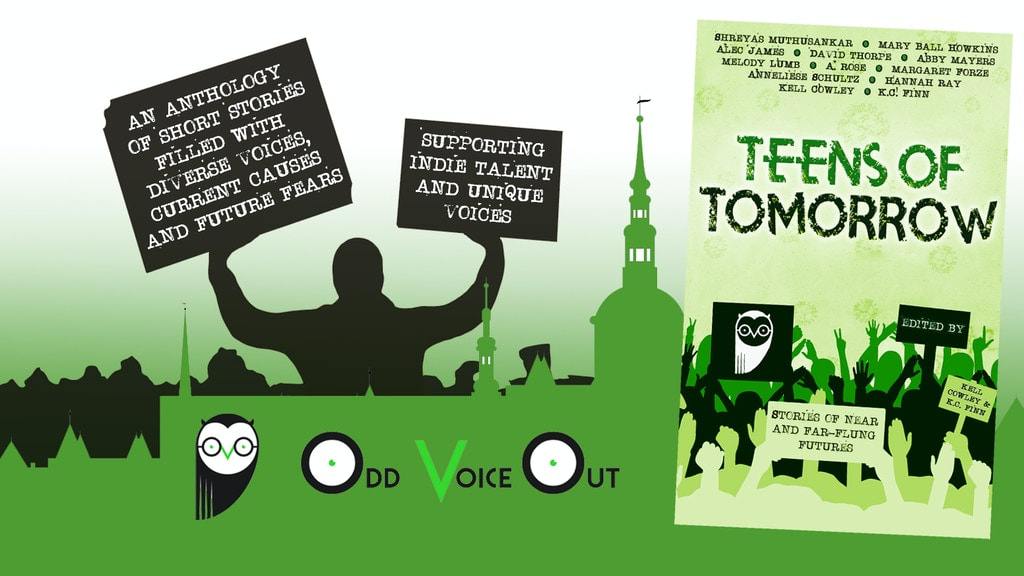 When we began the competition in February 2020 to find an array of diverse new voices speaking about pertinent future issues for young people, we could not have imagined how that year would proceed. Yet, in the difficult months which followed, through all the ups and downs that the global pandemic brought us, the voices of many new writers with plenty to say spoke up. From writers who are teens themselves to authors, new and seasoned alike, we were able to curate a selection which focuses on different cultures, conventions and global issues, but also conveys a personal touch, drawing us close to empathetic characters in their hours of need. And so, the Teens of Tomorrow Anthology was born, albeit a little later than originally planned, and we're delighted to offer our Kickstarter supporters the first edition of this brand new step in the future of Odd Voice Out.

Featured Stories and Writers:
First Prize: The Brief Death Of Aparna by Shreyas Muthusankar
Second Prize: Maasai Lights by Mary Ball Howkins
Third Prize: Eye Of The Beholder by Alec James
School Strike For Baby Hope by David Thorpe
Crimson Constellations by Abby Mayers and Melody Lumb
Swamp Reeds by Mary Ball Howkins
The Zebra Genus by A. Rose
Pax Park by Margaret Forze
What We Do Know How To Do by Anneliese Schultz
Being Lavender Blue by Hannah Ray
Bonus Content: True America by Kell Cowley
Bonus Content: Reach Out And Touch Faith by K.C. Finn

Full Info At Our Books Page